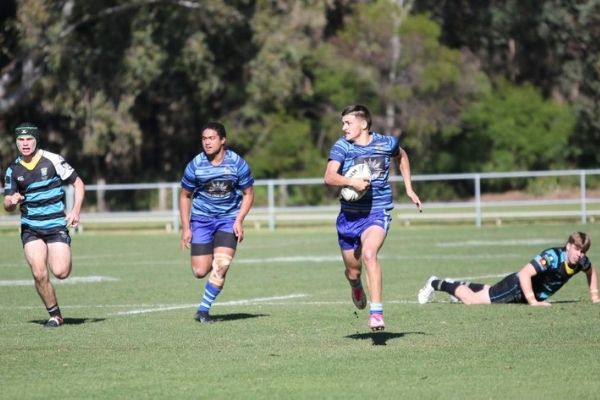 They may have finished top of pool C, but Patrician Brothers’ College, Fairfield get an A plus rating after the pool phase of the Schoolboy Cup.

The blue and blue maintained their unbeaten run in the tournament with an impressive 48-0 win against All Saints College, Maitland on Wednesday at New Era Stadium.

The win sees the Frank Pritchard-coached team advance to the quarter finals where they will play one of the four teams from pool A, which includes Westfields Sports High School.

Unlike their previous two wins, Pats were in control of the game from the opening whistle (quite literally, after making a break from the kick-off) until full-time running in nine unanswered tries.

All Pats’ big game players played their role with co-captain Joshua Alhazim continuing on from his match-winning try from last game and was a constant threat on the edge. His second half try where he beat eight defenders was one of many highlights for the home team.

Four tries in the opening 16 minutes set up an imposing 26-0 half-time lead with the backline benefiting from the hard work of the forwards through the middle.